Mount Angel Abbey Library was dedicated in 1970 – fifty-two years ago – to the jazz of Duke Ellington. That dedication signaled an end and a beginning. It was the end of a years-long process to bring Alvar Aalto’s powerful imaginings to concrete reality. And it was the beginning of what we hope to be centuries of cultural, aesthetic, and intellectual contributions to the Pacific Northwest and beyond. We celebrate in this virtual exhibit a small window into the man, Aalto, and his humane furniture designs and construction.

Who was Alvar Aalto? 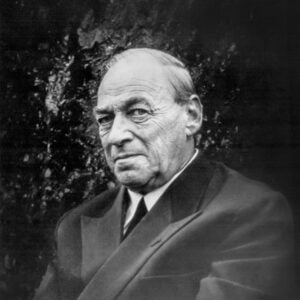 Born in Kuortane, Finland, Alvar Aalto (1898–1976) is considered one of the world’s most famous 20th century architects and designers. “My furniture rarely, if ever, arises as the result of professional design. Almost without exception, I have designed it in conjunction with architectural projects, a mixed bag of public buildings, aristocratic residences, and workers’ huts. It’s great fun to design furniture in this way.” – Alvar Aalto.

What was Alvar Aalto’s style? 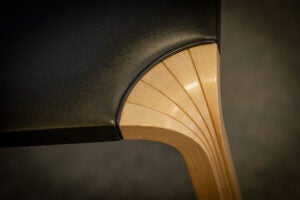 Alvar Aalto, a Finnish architect and designer, was part of the Modern Movement of Architecture. He created his own style as an interpretation of modernism, focused on local materials and functionality. He emphasized the use of wood to provide warmth to his projects and a stronger connection with local culture.

Who was Aalto’s closest collaborator? 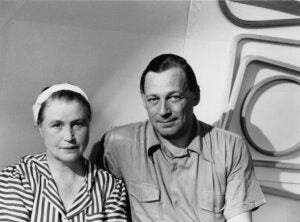 Aalto’s most important collaborator was Aino Marsio-Aalto (1894–1949) his wife and professional partner. Alvar and Aino, married in 1924, were such close collaborators that it is impossible to determine each individual’s specific contributions to the work. (Schildt, Alvar Aalto: The Mature Years, 1991)

How did Aalto become the architect for the Mount Angel Abbey Library? 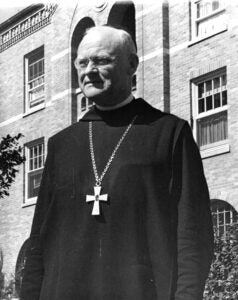 A new library at Mount Angel Abbey and Seminary became a pressing need in the 1960s. As the number of books grew, the available space became totally inadequate. Slowly, the monastic community began to heed Abbot Damian Jentges’ visionary call for a new library. In 1962 Abbot Damian authorized Fr. Barnabas Reasoner, O.S.B., librarian, to conduct a search for an architect to build a library that could become a cultural center for the Pacific Northwest. In response, Fr. Barnabas contacted several noted architects and secured one of international note, Alvar Aalto, of Finland. To the surprise of many, Aalto said yes to the invitation. (Rippinger, Struggle and Ascent: the history of Mount Angel Abbey, 2020) 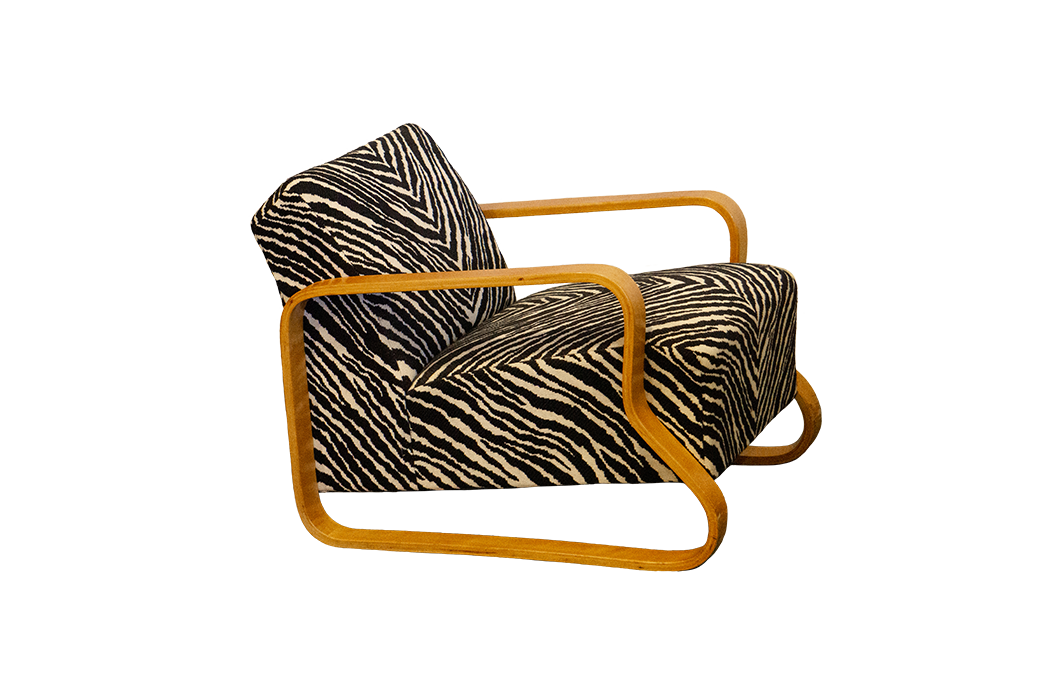 Alvar Aalto is regarded as Finland’s most famous architect. He not only used his talents to create beautiful buildings, but also to design beautiful furniture. 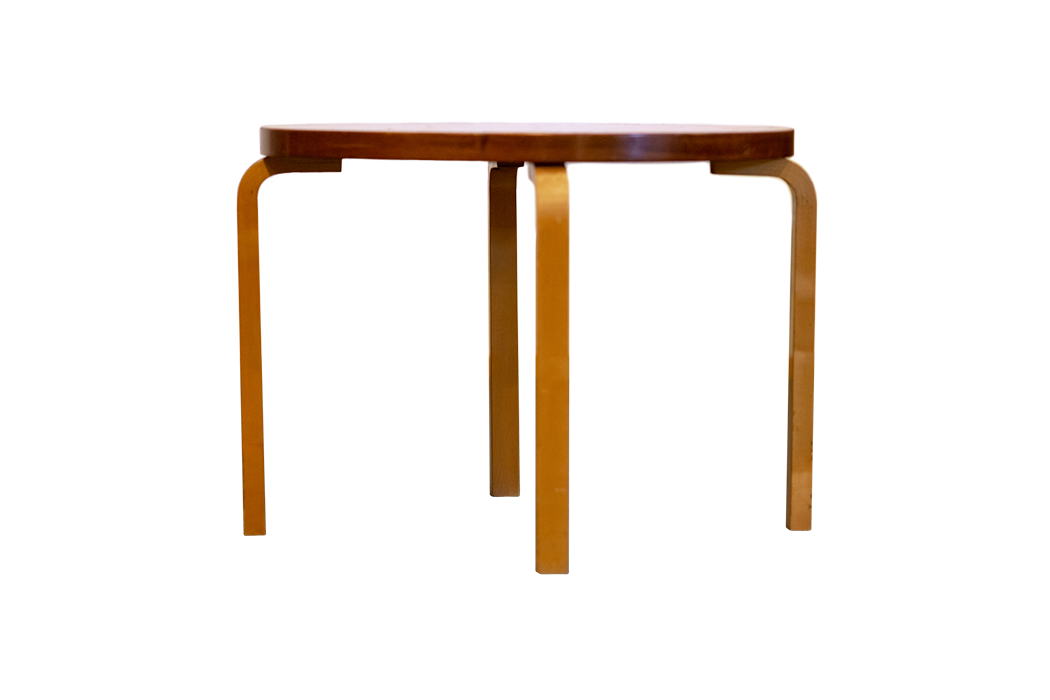 In 1933, Aalto invented a new form of laminated bent-wood called the “L-leg.” He considered this L-leg design his greatest achievement. These legs could be attached directly to tables, chairs and stool tops. He wanted to create in wood what the modernists created with metal tubing. 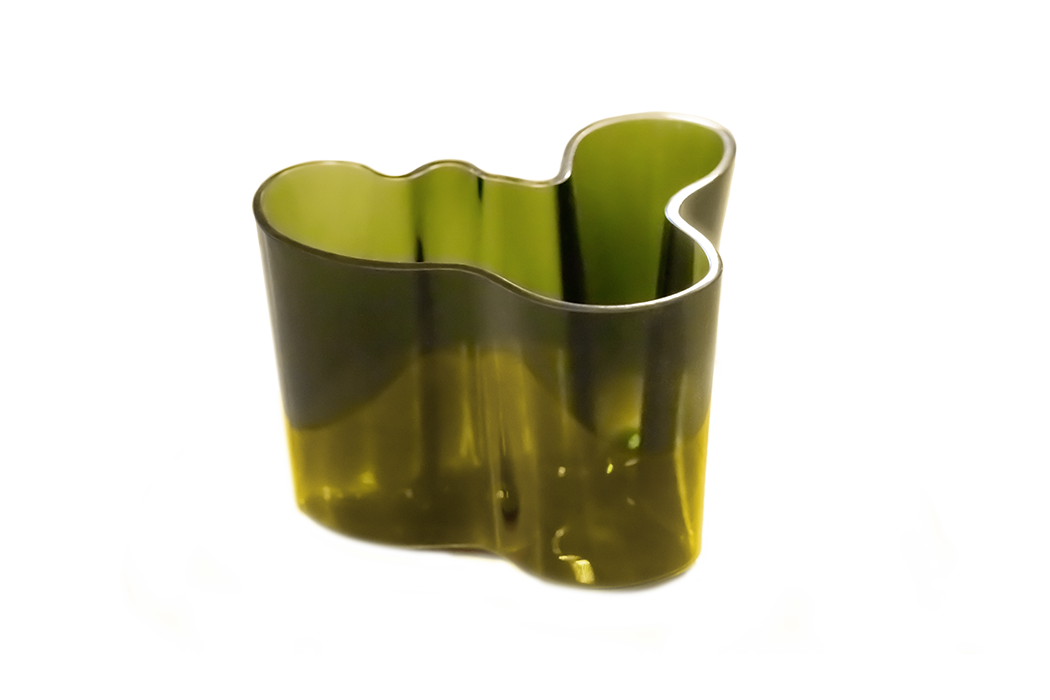 Aalto was also an esteemed glass designer, and his most famous work in glass is the Aalto or Savoy vase. He said he was inspired by a mud puddle. 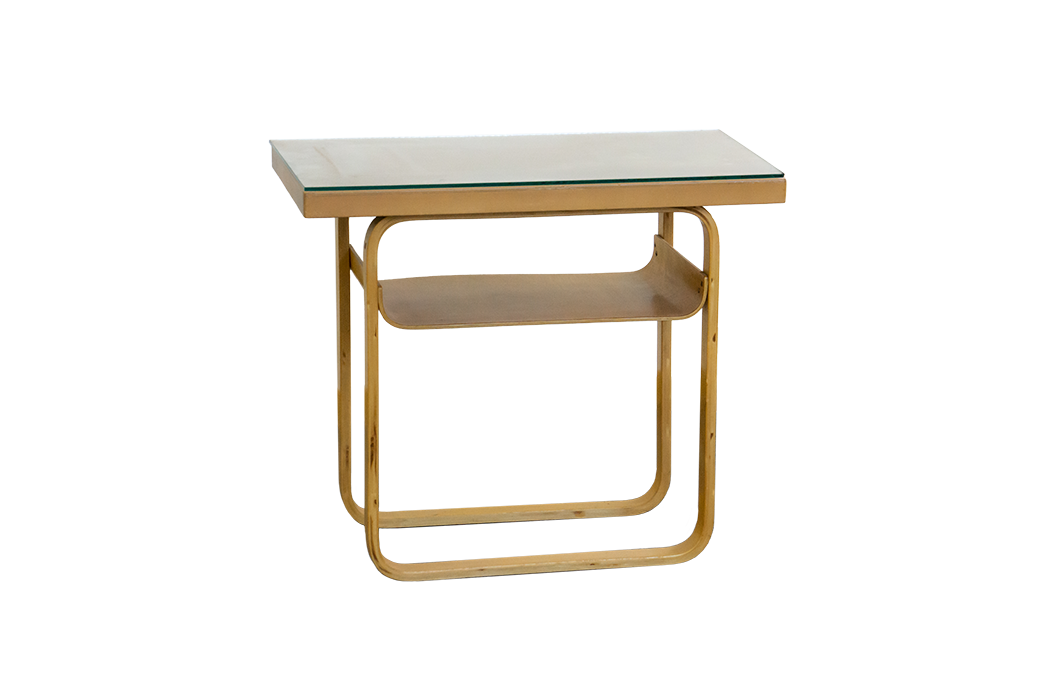 “All the time, even daily, whenever I walk into Aalto’s masterpiece, I have a sensation of breathing fresh air; similar to reading a book on French cooking, or Japanese raku pottery.” – Br. Claude Lane, O.S.B., monk of Mount Angel Abbey 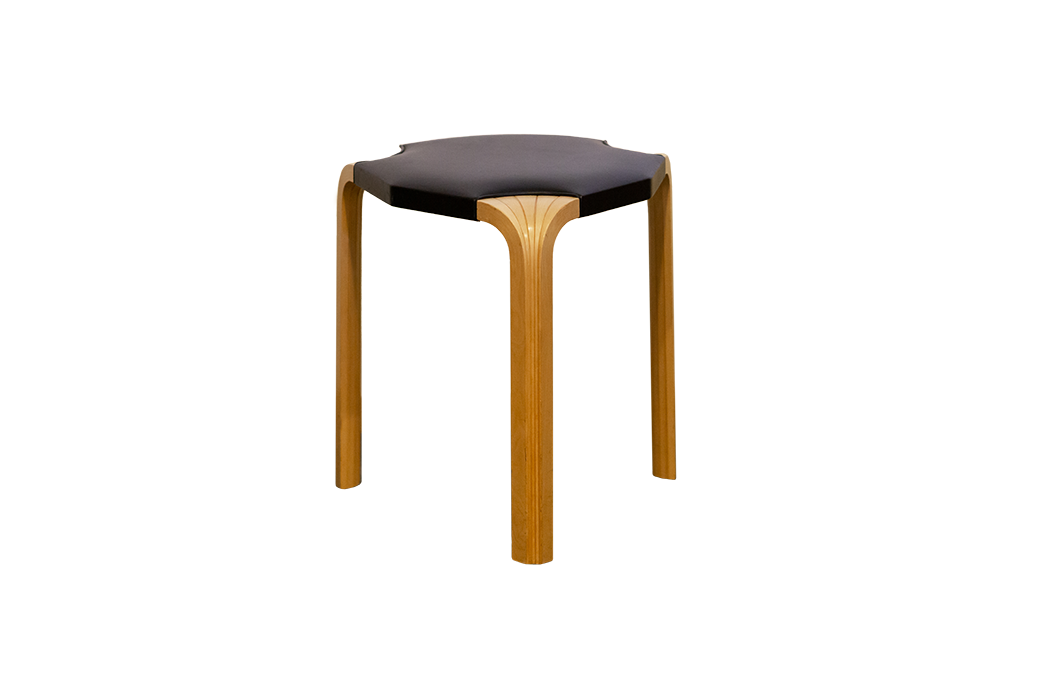 Aalto is the undisputed master of Nordic Modernism. With the establishment of his studio in the early 1920s, Aalto’s architectural practice quickly embraced the developing international styles. 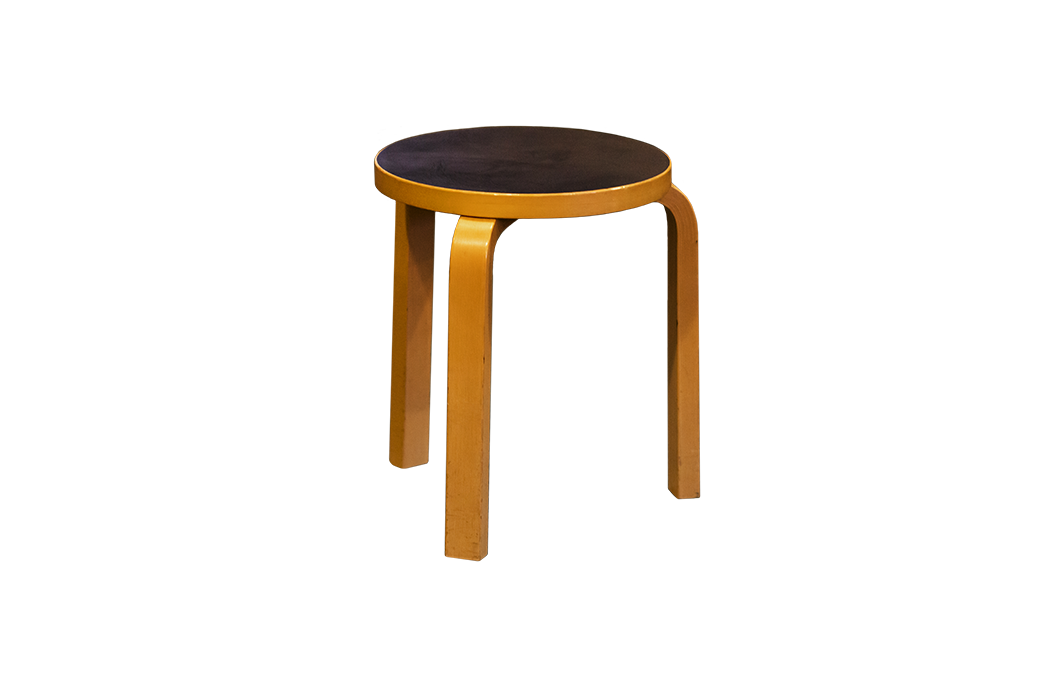 Aalto believed that architecture must sit comfortably within its natural landscape, replicate its forms, and use its materials. Nowhere is that more evident than in his furniture, textile and lighting designs, of which the simple, almost naïve-looking “60 Stool” is perhaps one of the most famous. 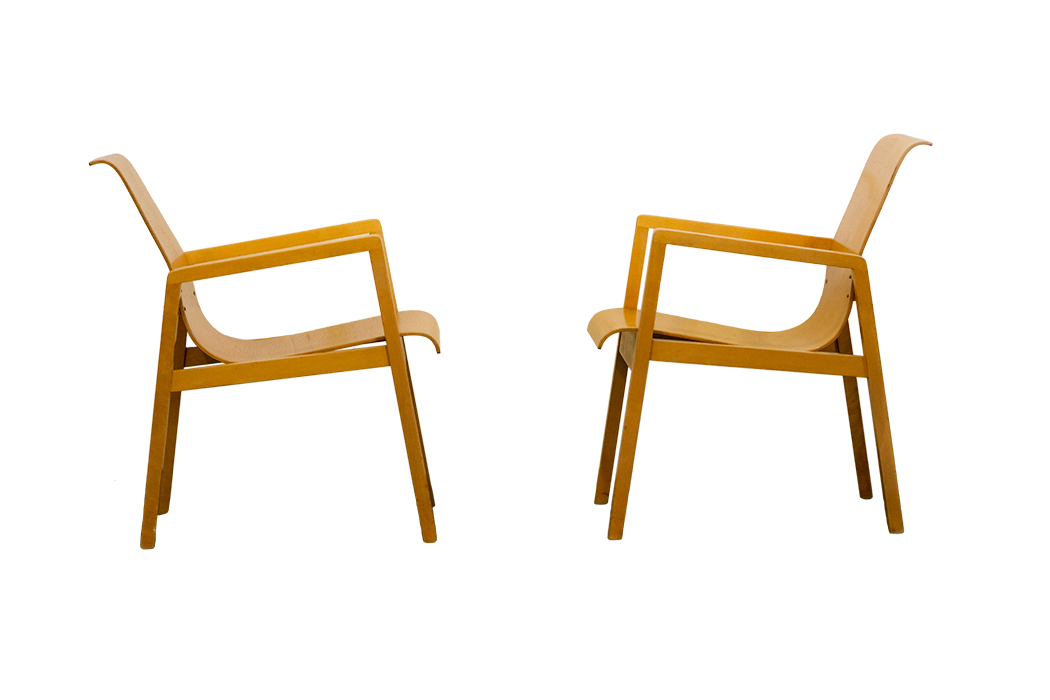 “Aalto’s building itself and everything in it of his design holds you quietly and peacefully in place and asks of you a similar level of
excellence in your own time within his space.” – Abbot Jeremy Driscoll, O.S.B., monk of Mount Angel Abbey

“Beauty is the harmony of purpose and form.” – Alvar Aalto 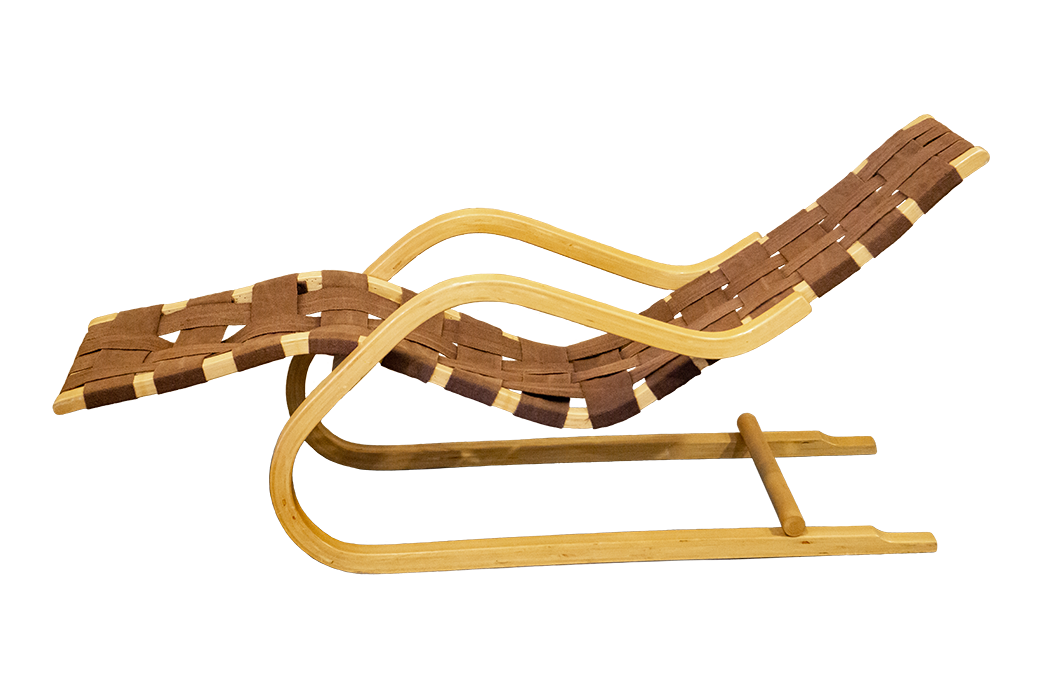 Aalto was one of the first to deviate from the stiff geometry of the early modern movement and to stress informality in a simple and humane style. 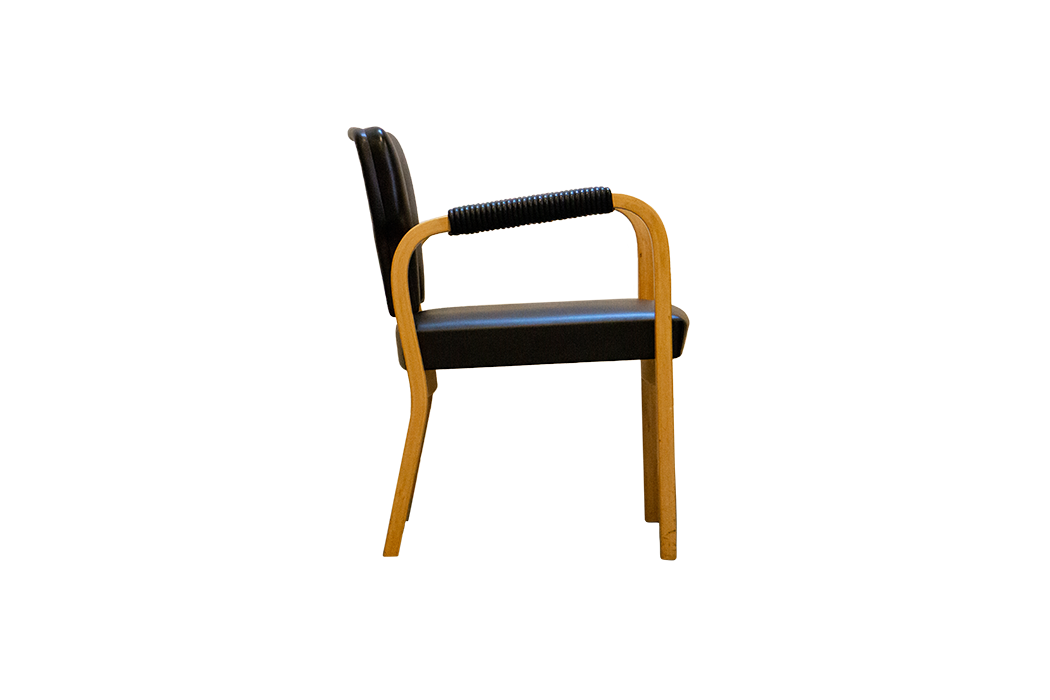 “God created paper for the purpose of drawing architecture on it. Everything else is, at least for me, an abuse of paper!” – Alvar Aalto Aalto’s style is regarded as organic, lyrical, and even romantic. He achieved an international reputation through his more than 200 buildings, ranging from factories to churches to libraries and an array of simple and appealing furniture designs. 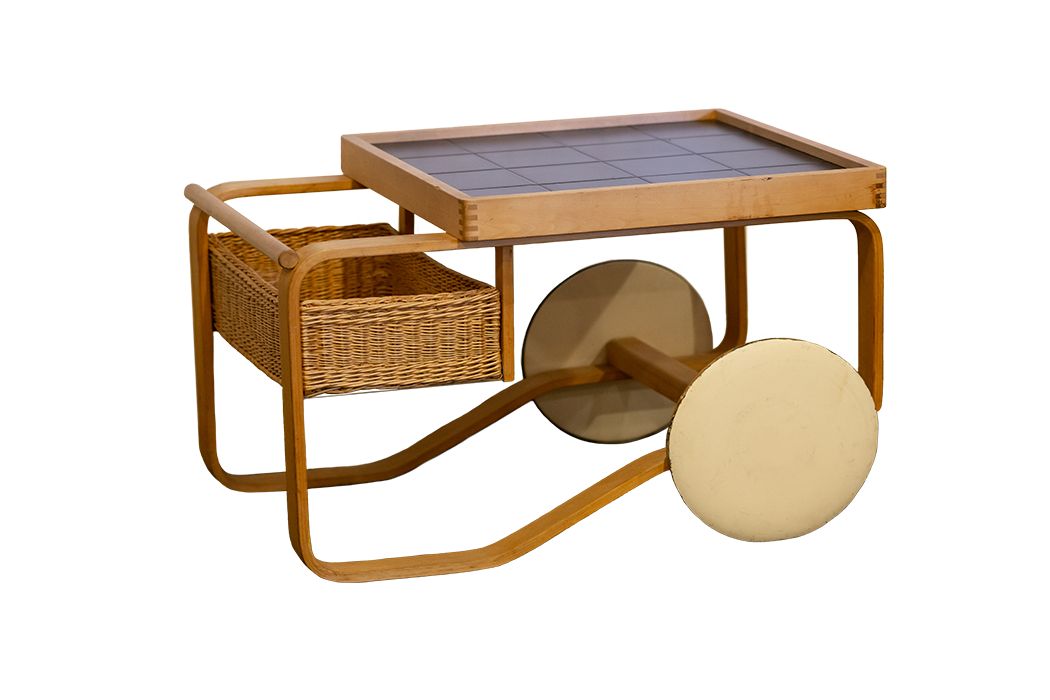 Alvar Aalto’s lifetime conversation with nature, architecture, design and the human being has become a living legacy. His style became known as humanist modernism. 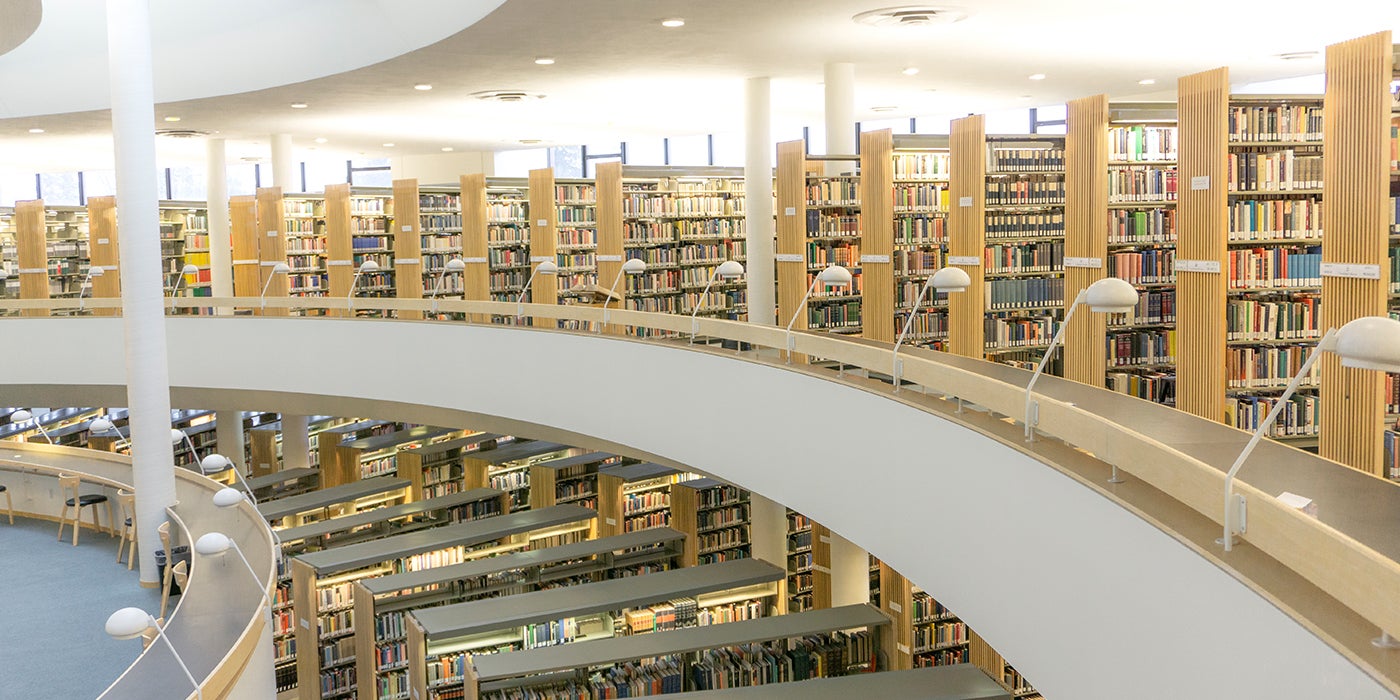 The Mount Angel Abbey Library is one of the most outstanding examples of the lyrical architecture of Aalto’s later years. 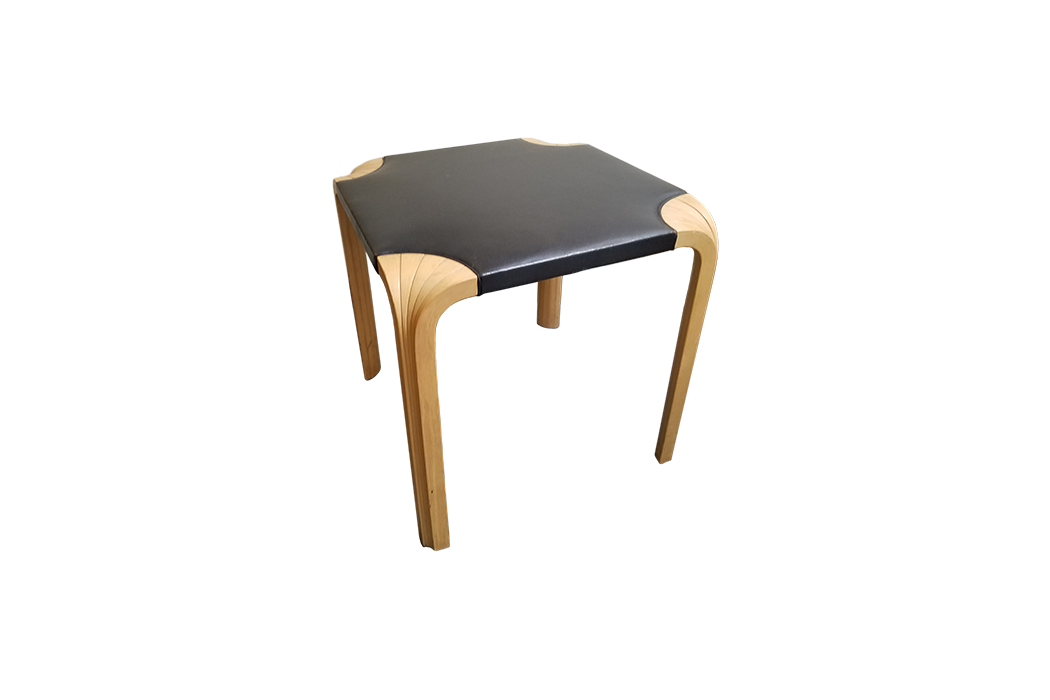 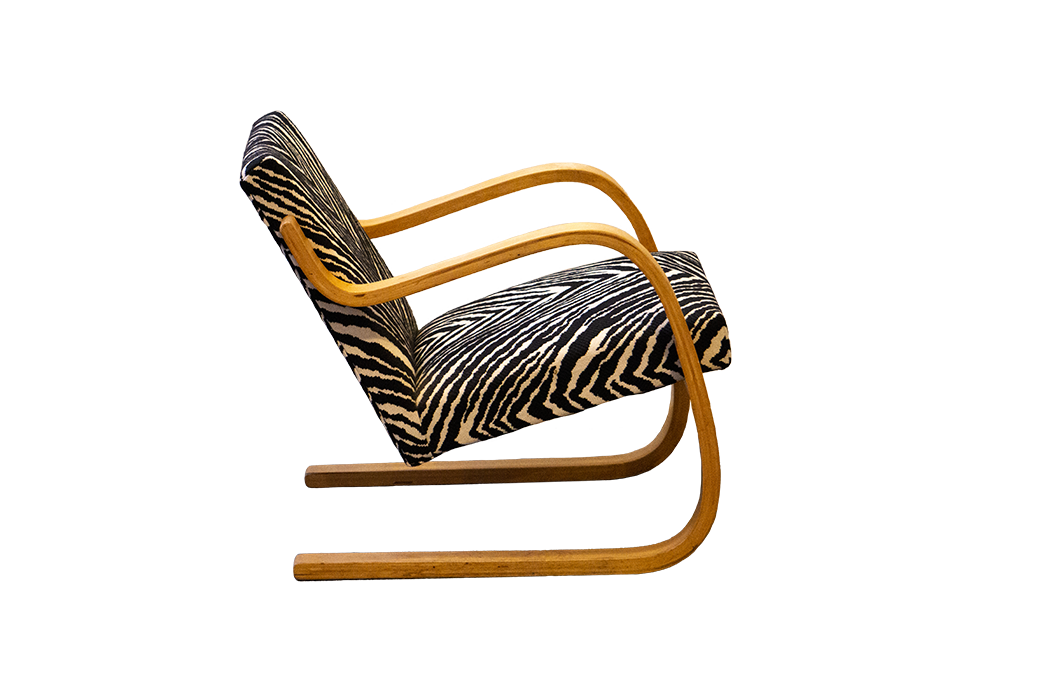 Aalto “shunned the role of prophet and was averse to the abstract hair-splitting practiced by art critics today.” Instead, he was “a social creature,” whose “gift of doubt” set him apart from pontificators of all eras. (Schildt, Alvar Aalto: The Mature Years, 1991) “Work hard in silence, let your success be your noise.” – Alvar Aalto

“Objects are made to be completed by the human mind.”

Friends, I chose this quote to conclude our virtual exhibit because it speaks to me of God’s invitation to participate in his ongoing act of creation. Our share in the creative life of God is not accidental, it is essential to us as persons. – Fr. Nathan Zodrow, O.S.B., Abbey Art Curator