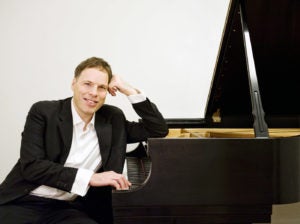 It is our great pleasure to be planning for next summer’s festival, filled with music to touch your heart and bring you to Mount Angel Abbey, one of the most beautiful locations for a Bach festival.

I hope you can join us!

Artistic Director Alon Goldstein is one of the most original and sensitive pianists of his generation, admired for his musical intelligence, dynamic personality, artistic vision and innovative programming. A student of Leon Fleisher, he brings his superb piano skills and artistic vision to the Abbey Bach Festival. Learn more about Mr. Goldstein. 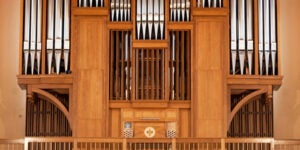 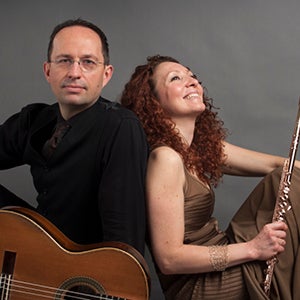 The Cavatina Duo – Eugenia Moliner, flute (Spain) and Denis Azabagic, guitar (Bosnia)—has become one of the most impressive combinations of its kind in the world.

Dedicated soloists and chamber musicians, the Cavatina Duo breaks convention with their combination of instruments. Add to that their daring choices of varied and versatile repertoire, and the result is new sounds, colors and musical phrasings, which in turn awakens a high level of emotion and audience response. A Cavatina Duo concert is a musical experience you don’t want to miss. 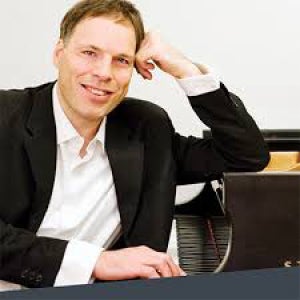 Alon Goldstein is one of the most original and sensitive artists of his generation, admired for his musical intelligence and dynamic personality. His artistic vision and innovative programming have made him a favorite with audiences and critics alike throughout the United States, Europe, and Israel. He made his orchestral debut at the age of 18 with the Israel Philharmonic under the baton of Zubin Mehta and returned a few seasons ago with Maestro Herbert Blomstedt in Beethoven Concerto No. 1.

6 pm in the church:
To be announced 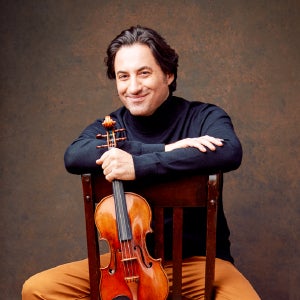 One of the most versatile and imaginative artists on the concert stage today, multiple Grammy Award-nominated American violinist Philippe Quint is internationally recognized for his unique approach to classical core repertoire, championing new music, rediscovering neglected works and creating a new format of docu-concert experience; multimedia journeys about lives of Astor Piazzolla and Charlie Chaplin.“Truly phenomenal” is how BBC Music Magazine recently described him, also adding that “Quint’s tonal opulence, generously inflected with subtle portamentos, sounds like a throwback to the glory days of Fritz Kreisler.”

With an award-winning discography of 17 commercial releases that can be found on Warner Classics, Naxos and Avanti Classics, Philippe Quint regularly appears with major orchestras and conductors worldwide at venues ranging from the Gewandhaus in Leipzig to Carnegie Hall in New York, while making frequent guest appearances at the most prestigious festivals including Verbier, Aspen, Colmar, Hollywood Bowl and Dresden Festspiele.

“Superb pianist, experienced collaborator, careful listener, and equally at home in all and any repertory” – ConcertoNet New York
Pianist Jun Cho is a versatile artist who enjoys a multidimensional career as a soloist, chamber musician and educator. He has performed in many of the major venues throughout the United States, South Korea, and Europe. An avid collaborator, Cho performs with musicians including Itzhak Perlman, Philippe Quint, Stefan Jackiw, Randall Goosby and JP Jofre.

Philippe Quint plays the magnificent 1708 “Ruby” Antonio Stradivari violin on loan to him through the generous efforts of The Stradivari Society®.

6 pm in the church:
To be announced